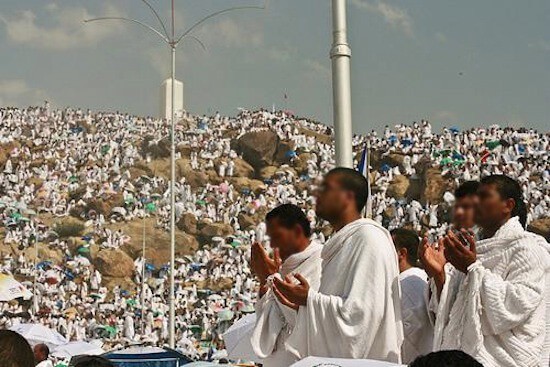 1. It is the day on which the religion was perfected & Allah’s Favour was completed:

In Al-Saheehayn it was reported from ‘Umar ibn al-Khattaab (may Allaah be pleased with him) that a Jewish man said to him:

2. It is a day of Eid for the people who are in that place:

The Prophet (peace and blessings of Allaah be upon him) said:

3. It is a day by which Allah swore an oath:

The Almighty cannot swear by anything except that which is mighty. Yawm ‘Arafaah is the “witnessed day” mentioned in the aayah (interpretation of the meaning): “By the witnessing day [Friday] and by the witnessed day [the Day of ‘Arafaah].” [al-Burooj 85:3].

4. Fasting on this day is an expiation for two years:

5. It is the day on which Allaah took the covenant from the progeny of Adam:

It was reported that Ibn ‘Abbaas (may Allaah be pleased with him) said: the Messenger of Allaah (peace and blessings of Allaah be upon him) said: “Allaah took the covenant from the loins of Adam in Na’maan, i.e., ‘Arafaah. He brought forth from his loins all his offspring and spread them before Him, then He addressed them, and said: ‘Am I not your Lord? They said, ‘Yes, we testify,’ let you should say on the Day of Resurrection: ‘Verily, we have been unaware of this.’ Or lest you should say: ‘It was only our fathers aforetime who took others as partners in worship along with Allaah, and we were (merely their) descendents after them; will You then destroy us because of the deeds of men who practised Al-Baatil (i.e., ploytheism and committing crimes and sins, invoking and worshipping others besides Allaah)?’ [al-A’raaf 7:172-173 – interpretation of the meaning].” Narrated by Ahmad and classed as saheeh by al-Albaani. And there is no greater day than this and no greater covenant than this.

6. It is the day of forgiveness of sins, freedom from the Fire and pride in the people who are there: