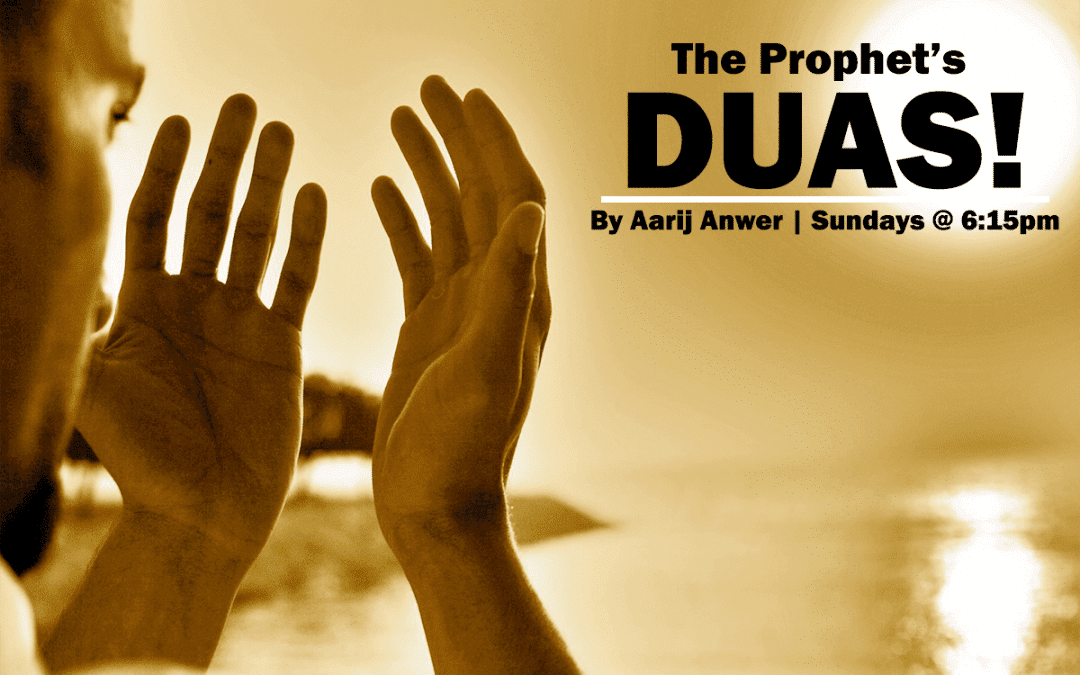 Dua is the most beloved and greatest act of worship.  In fact, as the prophet peace Be Upon Him said, it is the best form of worship. [Al-Hakim (1/491) & Sahihah # 1579]. Dua is a direct link between man and his lord, and it is a sign of the relationship between them.

Dua is the only act that changes predestination. [Mishkat Masabih #2234]

It also repels a future misfortunes that might befall a person. [Sahihah # 154] and most importantly it is beloved by Allah. You’re invited to Prophet’s Duas by Sh. Aarij Anwer. Come and learn the best duas during Ramadan. In fact the dua before the end of the fast is accepted.

Invite all your family and friends. See you all there.