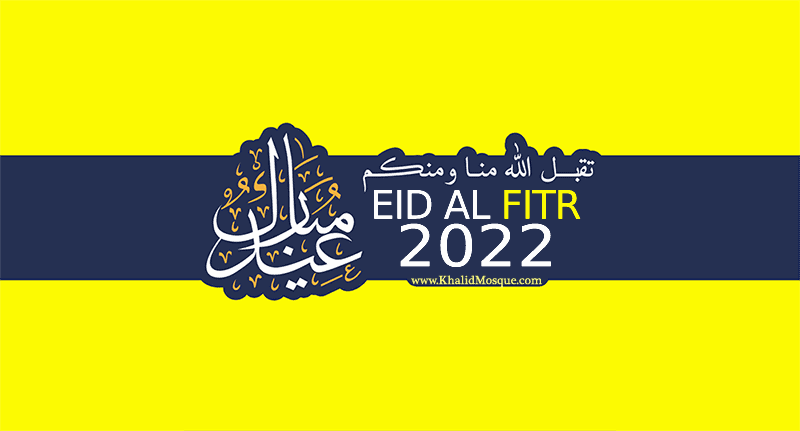 When is Eid Al Fitr 2020 Canada in Toronto Canada? 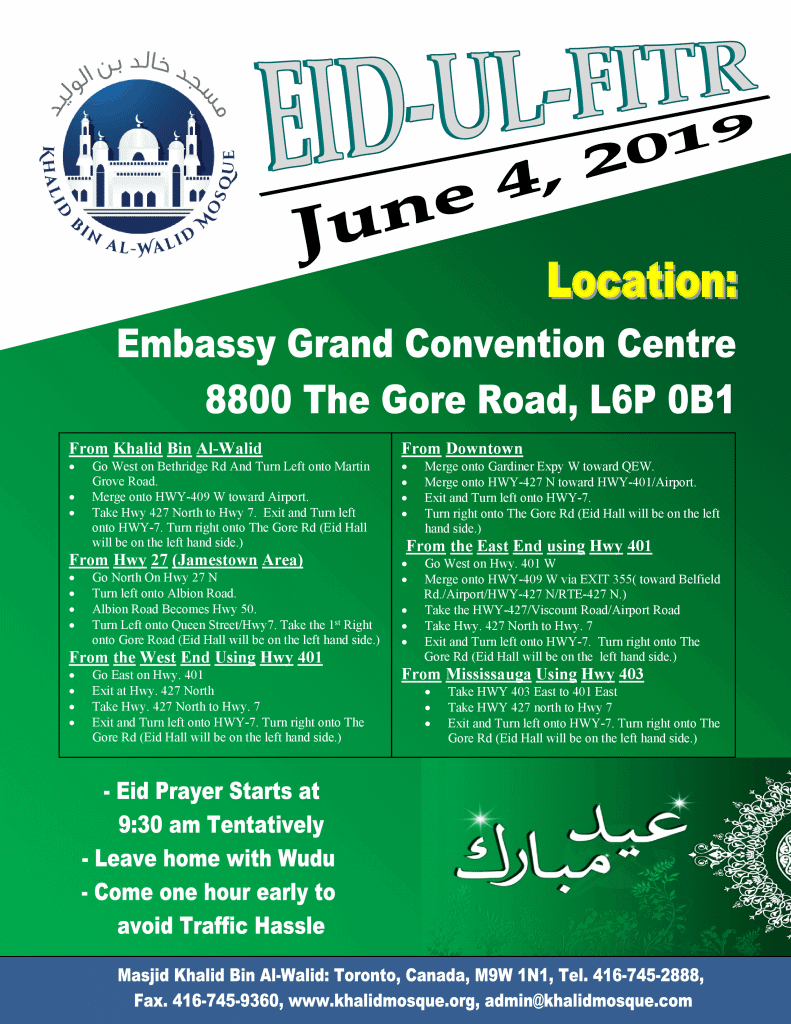 A man asked ‘Ali (may Allah be pleased with him) about bathing and he said: Bathe every day if you wish.

He said: No, (I mean) bathing in the sense of ghusl (as an act of worship). He said: (Do ghusl) on Fridays, the day of ‘Arafah, the Day of Sacrifice (Eid ul-Adha) and the day of al-Fitr (Eid ul-Fitr or the Eid after Ramadan).

Umar (may Allah be pleased with him) found a suit of brocade being offered for sale in the market, so he took it and brought it to the Messenger of Allah (Peace Be Upon Him) and said:

“O Messenger of Allah, buy this and adorn yourself with it for ‘Eid and for (meeting) the delegations.”

Ibn Qudaamah (may Allah have mercy on him) said: This indicates that beautifying oneself on such occasions was something well known among them. [Al-Mughni (2/370)]

Ibn Rajab al-Hanbali (may Allah have mercy on him) said: This hadith indicates that one should beautify oneself for Eid (Eid ul Fitr or Eid ul Adha) and that this practice was common among them. [Fath al-Baari by Ibn Rajab (6/67)]

What we may conclude from this hadith is that it is prescribed to beautify oneself for Eid because the Prophet (blessings and peace of Allah be upon him) basically approved of ‘Umar’s idea about beautifying oneself for Eid,

Ibn Rajab al-Hanbali (may Allah have mercy on him) said: Al-Bayhaqi narrated with a saheeh isnaad from Naafi‘ that Ibn ‘Umar used to wear his finest clothes on the two Eids (Eid ul Fitr & Eid ul Adha).

He also said: This adorning oneself on the occasion of Eid applies to the one who goes out to the prayer, the one who stays at home, and even women and children. [Fath al-Baari by Ibn Rajab (6/68, 72)]

One of the scholars said: According to some scholars, a person who was in i‘tikaaf may go out for Eid in the clothes he wore for i‘tikaaf, but this is a less-favoured opinion.

Shaykh Ibn ‘Uthaymeen (may Allah have mercy on him) said: The Sunnah on Eid is to beautify oneself, regardless of whether one has been observing i‘tikaaf or not. [As’ilah wa Ajwibah fi Salaat al-Eid (p. 10)]

It is Sunnah to recite takbeer on the occasion of Eid ul-Fitr, for the one who sights the moon, because Allah, may He exalted, says (interpretation of the meaning):

“(He wants that you) must complete the same number (of days), and that you must magnify Allah (i.e. to say Takbeer (Allahu-Akbar; Allah is the Most Great) on seeing the crescent of the months of Ramadan and Shawwal) for having guided you…”
[al-Baqarah 2:185].

Completing the same number of days means completing the fast. Recitation of takbeer ceases when the imam comes out to deliver the khutbah [before the Eid prayer].

On Eid ul-Adha, the takbeer begins on the morning of the day of ‘Arafah, until the last of the days of at-Tashreeq, which is the thirteenth of Dhu’l-Hijjah.

On Eid there is nothing wrong with visiting relatives, neighbors and friends.  This is something that people are accustomed to doing on the Eids, and it was said that this is one of the reasons for changing one’s route when coming back from the Eid prayer place.

It was narrated that Jubayr ibn Nufayr said: When the Companions of the Prophet (blessings and peace of Allah be upon him) met one another on the day of Eid, they would say to one another:

“Taqabbal Allahu minna wa minkum (May Allah accept it from us and from you).” [al-Haafiz classed its isnaad as hasan in Fath al-Baari (2/517).]

Maalik (may Allah have mercy on him) was asked: Is it makrooh for a man to say to his brother, when he has completed the Eid prayer,

“Taqabbal Allahu minna wa minka wa ghafar Allahu lana wa laka (May Allah accept it from us and from you; may Allah forgive us and you)” and for his brother to respond in like manner? He said: That is not makrooh. [Al-Muntaqa Sharh al-Muwatta’ (1/322)]

With regard to congratulating one another on the Day of Eid, saying to one another when they meet after the Eid prayer,

or “Ahaalahu Allahu ‘alayka (May Allah cause you to live to see another Eid)” and the like, it was narrated from a number of the Sahaabah that they used to do that.

The imams, such as Ahmad and others, granted concessions allowing that, but Ahmad said: I do not initiate such congratulations with anyone, but if someone congratulates me first, then I respond. That is because returning a greeting is obligatory.

It was narrated that ‘Aa’ishah (may Allah be pleased with her) said: The Messenger of Allah (blessings and peace of Allah be upon him) came in and there were with me two young girls who were singing the songs of Bu‘aath. He lay down on the bed and turned his face away.

Then Abu Bakr came in and rebuked me, saying: Singing of the Shaytaan in the presence of the Messenger of Allah (blessings and peace of Allah be upon him)?

The Messenger of Allah (blessings and peace of Allah be upon him) turned to him and said: “Let them be.” When he turned away I signalled to them and they left. [Narrated by al-Bukhaari (907) and Muslim (892)]

Something else that is done on this Eid is the exchange of gifts, in other words they make food and invite one another, and they get together and celebrate. There is nothing wrong with this custom, because these are the days of Eid.

Even Abu Bakr (may Allah be pleased with him), when he entered the house of the Messenger of Allah (blessings and peace of Allah be upon him) – and he narrated the same hadith.