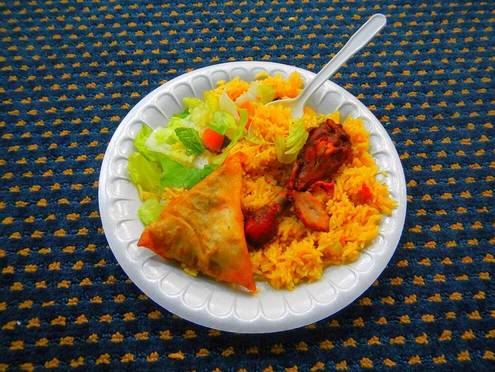 “The Reward Of Feeding The Fasting Person”

“Whoever gives iftar to one who is fasting will have a reward like his, without that detracting from the reward of the fasting person in the slightest,” said by our beloved Prophet Mohamed (Peace Be Upon Him). [Tirmidhi, 807; Ibn Majah, 1746. Classed as saheeh by Ibn Hiban, 8/216 and in Sahih al-Jami, 6415.]

In fact, Ibn Umar used only to break his fast with orphans and the poor and needy. There were among the pious predecessors those who used to offer food to their brothers whilst fasting. They would sit and serve them, such as Hasan and Ibn Mubarak.

From the ‘ibadah (worship) of providing food for people stem many other acts of worship such as:

“You will not enter Paradise until you truly believe, and you will not truly believe until you love one another.” [Muslim, 54]. It also fosters the practice of sitting with righteous people and seeking reward by helping them to do acts of worship for which they gain strength by eating your food.